The Maldon Artist Network (MaNet) has uploaded the entries to the 2022 Maldon Portrait Prize (MPP) for the purposes of audience choice voting. There is a cash prize for each of the two sections: painting and photography, so I invite you to review the entries and place your vote. BUT before you do that, please read the back story about my entries one of which was selected as one of the 23 finalists.

I first read about the bi-annual Maldon Portrait Prize in October 2021, just before I left for Sea Lake to work on the harvest. Although not a portrait photographer, I had half a mind to enter a couple of images, one of which I had already decided upon, but the other was still to be imagined. 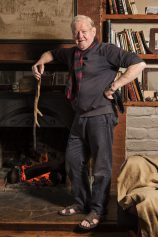 This shot of John was taken in his Riddells Creek house. John is a retired journalist and I have had many interesting conversations with him on a wide variety of topics, generally accompanied by a glass or two of red

He completed building his mud brick house to his own design in 1986. This image is of John in front of the fireplace which he saved and recycled from a local homestead. It shows pride in his achievement and comfort in continuing to live in his home of three and half decades. Unfortunately, this image did not make the finalists list.

In my article ‘Visiting: Sea Lake’, I explain the background to this visit and highlighted the two week wait before starting to work. During this time, I got to know the other four caravan park residents who were also waiting to start work.

One of these was Gary.

Before meeting him, I noticed that he disappeared into an old weather board shack on the caravan park every morning – this intrigued me! On starting to chat with him, I came to understand his story.

During the 2020 harvest, Gary was driving the grain trucks that deliver the grain from the farms to the depot. Unfortunately, while driving his car, he was involved in a serious road accident in which a woman drove into him leaving him with a serious back injury (she did not survive, as was her apparent intention!). Recovery for Gary was very slow and arduous and meant that he and his wife had to take up residency in the caravan park for the intervening period. Unfortunately, the back injury meant that sitting in a driving position for any length of time was too painful, hence his decision to work at the depot in 2021 rather than on the trucks.

This also solved the mystery of his morning visits – he had set up an exercise machine which he used every day to help strengthen his back. Through further conversations, I also learned that he had taken up archery – a sport that also helps to strengthen arm and back muscles.

Coincidently, one of the other members of our small group, Cam (Cameron) had also taken up archery during the Melbourne lockdowns. One of my camera club’s (Macedon Ranges Photographic Society) competition set subjects this year is Sport and Recreation. So, for the joint purposes of creating entries for the club competition and the Maldon Portrait Prize, I organised to photograph Gary and Cam on an area of waste land adjacent the caravan park that they used for practicing.

For the club competition, this may be the one I submit: 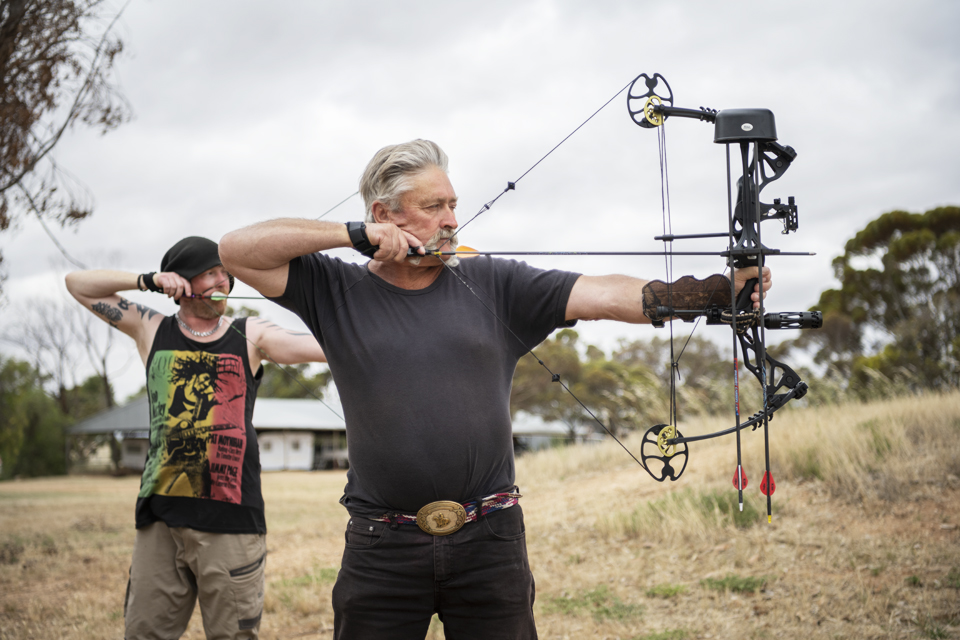 For the Maldon Portrait Prize, I focused on Gary and gradually moved as far in front of him as I dare (without getting shot), and until I eventually got the shot that I had imagined: 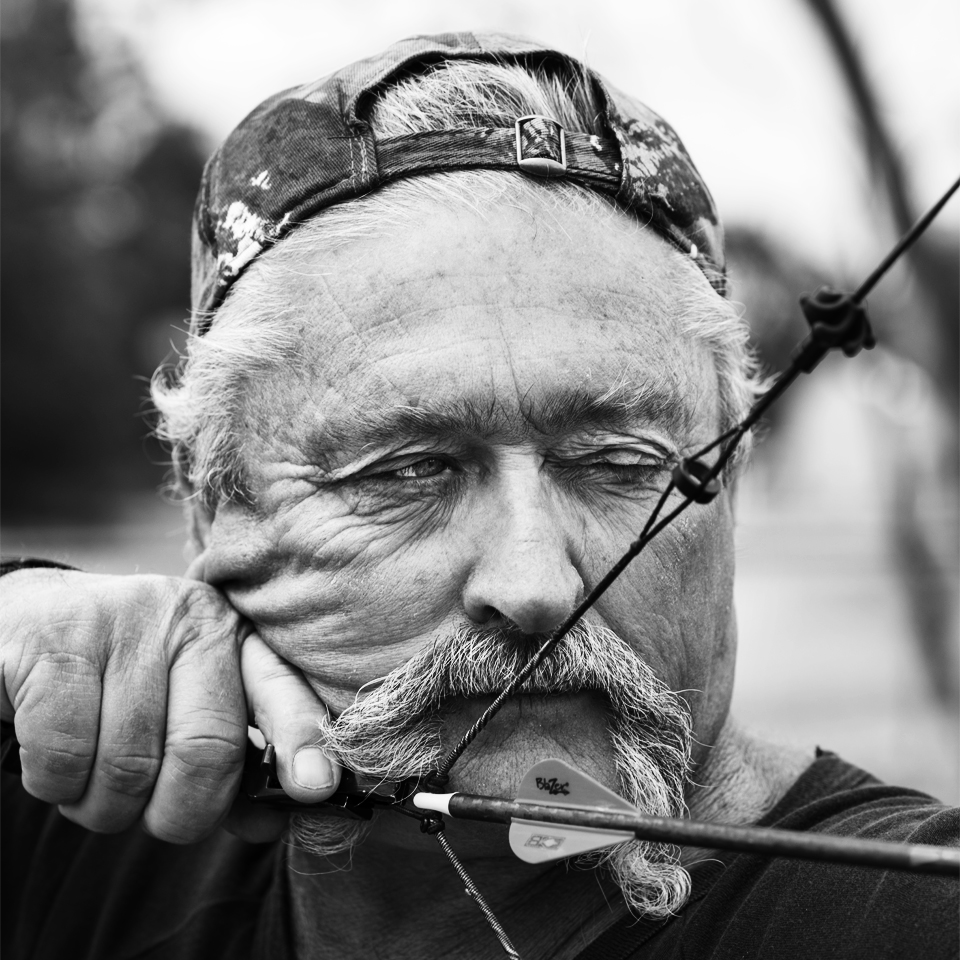 To me, the shot is symbolic of Gary’s strength of character and single focus that is leading him to a (hopefully) full recovery.

The 23 finalists were exhibited at the Edge Gallery in Maldon, with the winner being announced at the official opening on Saturday 19 February, which I nervously attended – it was like waiting for an exam result. Around 500 visited the exhibition during the seven days it was on public view.

So, if you would like to review the photography entries you can do so here:

If you find yourself struggling to decide which is your favourite, perhaps you could ‘tick the box’ for number 128 Archer Gary. Winning the Audience Choice Award would be most welcome to offset my investment in entering this competition and consolation for not winning the main prize.