Three months to the day when we left on our adventure we returned back home on Friday. We had planned to take two days to drive between Adelaide, where we stayed with friends, Jill and Ross, and home. However, due to the lockdown we could not stay in Victoria and decided to make the journey in one day. It so happened that this coincided with a band of heavy rain moving from the west the east and, as a result our windscreen wipers were on for the whole drive. In a way, the weather reflected our mood of returning to increasing Covid cases and a lockdown. However, we still visited some interesting places on our way to Adelaide.

We planned two overnight stops between leaving Kalgoorlie and the WA/SA border. Both of these were to be free camps just off the Eyre Highway. The first stop worked well, with a few other campers for company, however the next one was not without its drama.

We identified the next camp about 200 km distant and about 100km from the WA/SA border. Because of the short distance, we arrived early afternoon and set up the camper, ready for a relaxing afternoon and maybe the chance to catch up on some reading. Before too long the local flies found us quite interesting, but then a wasp arrived – very interested in our water. This wasp then told all his mates about the water and before too long we had a swarm of wasps buzzing around us. It didn’t take us too long to decide to move on!

We packed up the camper in record time, considering we were also trying to avoid any unwanted passengers, and hit the road again. An hour later we checked in at the caravan park Eucla, 20km short of the border.

The next day we drove to Coorabie, a farm based camp site. On the way we dropped in to the Head of the Bight, where we watched a few Right Whales, even though the wind was trying to blow us into the ocean.

Our next planned stop was Ceduna in a motel, due to the forecasted wind and rain. However, we heard about the Covid cases in the town and decided to drive through and on to Streaky Bay where we checked into the hotel.

As you can understand there was not much time for taking photographs on these legs of our journey!

From Streaky Bay we headed for a two night stay at Coodlie Park – yet again we were the only campers there!

We also stopped off at Murphy’s haystacks – strange rock formations that stick up from the cultivated fields: 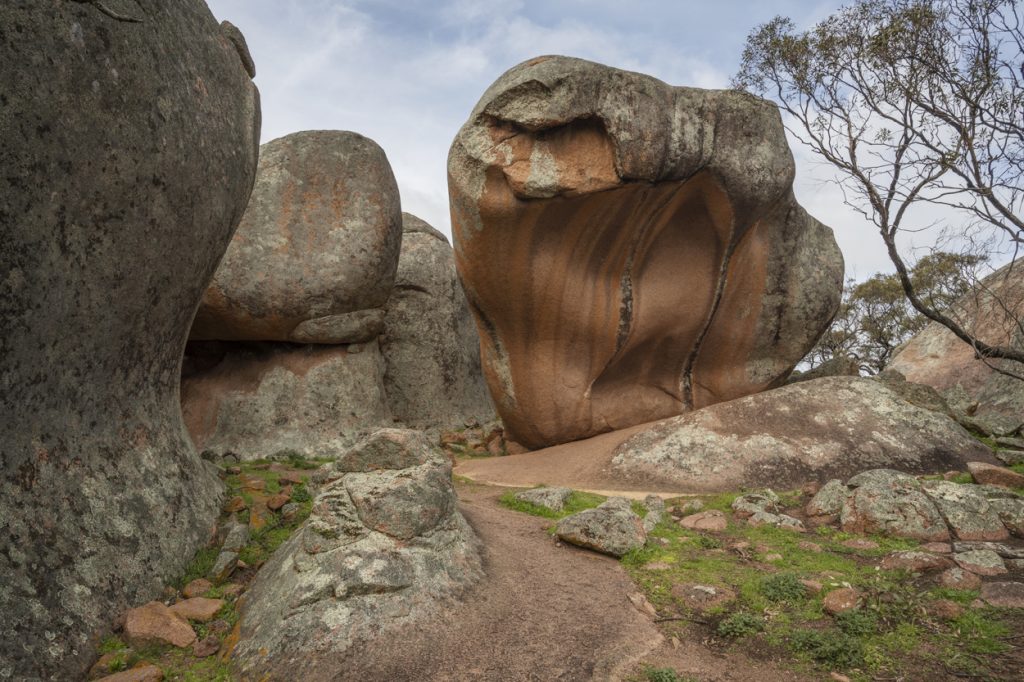 During our full day at Coodlie Park, we managed to cram in quite a few visits, including Elliston, Talia Caves and Venus Bay.

By the time we left Coodlie Park, we only had four days left before returning back home. So, we aimed for Mt Remarkable National Park for a two night stay before what was to be our last night in Adelaide.

On the way, we had to stop at one more rock – Pildappa Rock. This was advertised as being SA’s answer to Wave Rock, but we didn’t think it came close: 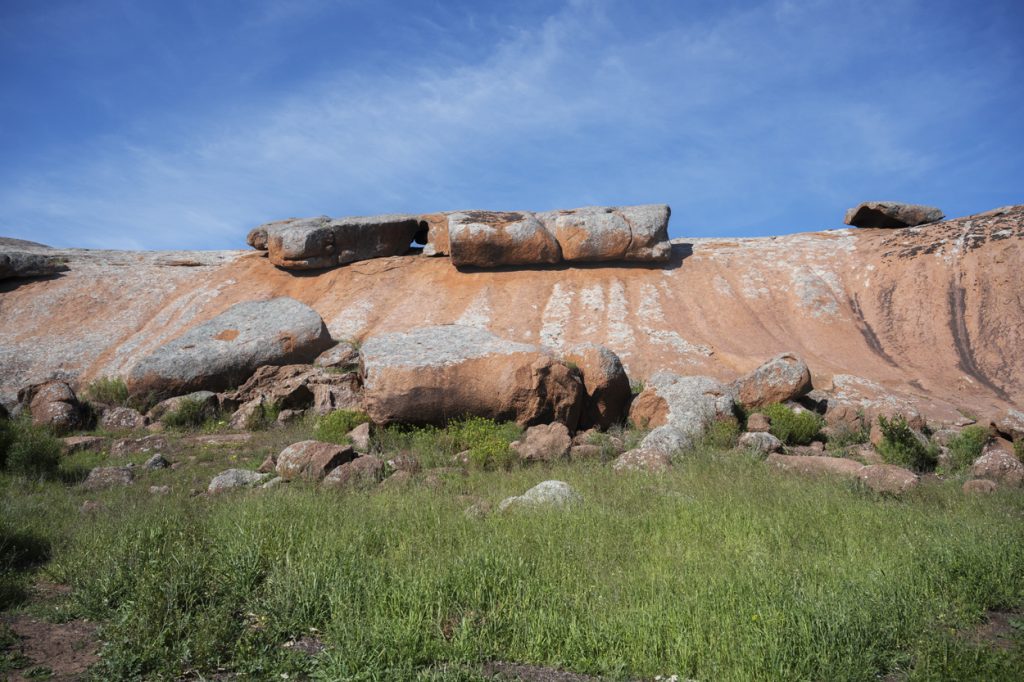 By the time we arrived at Mt Remarkable campground, we had suffered from a series of cold nights and very windy conditions for about two weeks. It was therefore some relief to have two days of high temperatures (up to 35 degrees) and warm nights.

The campground was one of the best we stayed at, with many walks and plenty of wildlife, including a few monitors wandering about:

However, our stay there ended all too soon and we were on the road to Adelaide on one of the windiest days we have experienced. On the way we came across yet another pink lake. Yet again, I was disappointed not to be able to fly the drone – the wind would have brought it back to Victoria well before us!

With the strong wind and the forecast rain, we were grateful for our friend’s hospitality and company when we arrived in Adelaide.

Here I am sitting at my desk at home, having unpacked and washed my clothes. When will we be able to travel inter-state again – who knows? There are a couple of trips in Victoria we would like to do, but other priorities need to take precedence. In the meantime, I will be posting one final article as a reflection on and summary of the trip.