One of the resources that is available in abundance as a result of being in isolation is time. Time gives me a chance to relax, think clearly and for creativity to thrive. One of the games that accompanies us on our travels, apart from the more popular Scrabble, is Snakes and Ladders. And I got to thinking that our journey so far has been like a game of Snakes and Ladders. So here is how the dice have fallen (with a bit of licence around the numbers thrown).

If you would like to play the game as you read through, you can download the board from here:

and print it out. Otherwise here it is: 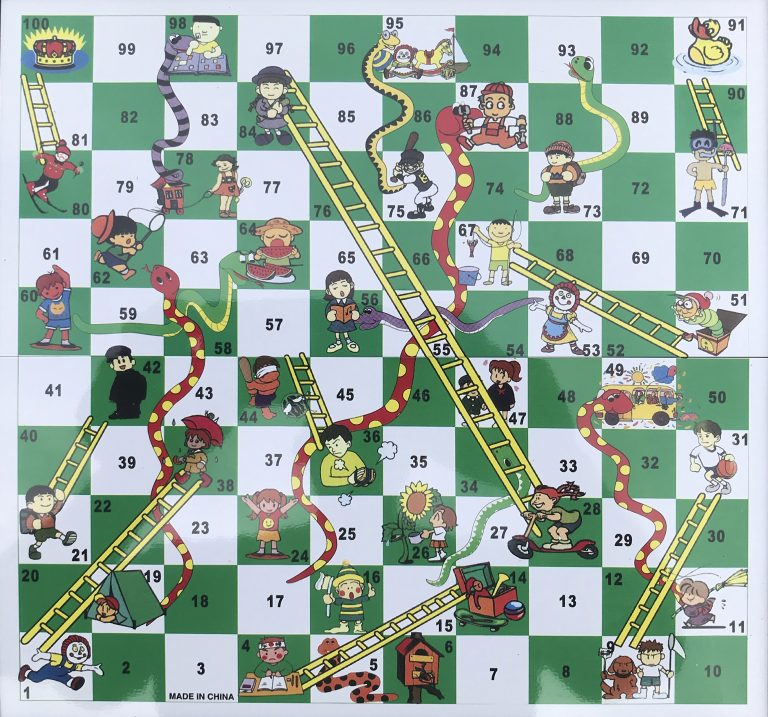 The successful outcome of this game is to reach 100, which represents us being able to freely continue our journey through WA without any further restrictions. And you will have to get to the end to find out the outcome of our Covid test (although I reckon you can guess).

Step 1: Throw 1 and land on ladder and up to 38. This is us leaving Victoria and crossing the border to Hay with no issues at the border, although that would not have mattered as we had our border passes

Step 2: Throw 4 and land on a snake at 49 and down to 11. The road between Ivanhoe and Menindee is closed causing us to drive a detour to Wilcannia.

Step 3: Throw 6 and land on 17. The drive from Wilcannia to the Menindee Lakes

Step 4: Throw 4 and land on a ladder at 21 and up to 42. The drive from Menindee Lakes to Broken Hill

Step 5: Throw 14 and land on a snake at 56 and back to 53. Wild winds and lousy internet access meant we abandoned our trailer at the resort and stayed in a hotel. end up in hotel.

Step 6: Throw 4 and land on 57. The drive from Broken Hill to Tibooburra

Step 7 Throw 5 and land on snake at 62 and way back down to 19. The road closure at the QLD border and no forthcoming SA pass through permit meant a major detour though NSW to the east

Step 8: Throw 7 and land on 26. The drive into QLD at Hungerford

Step 13: Throw 5 and land on 72. We cross border to NT and on to an overnight stay at Barkly Homestead

Step 15: Throw 9 and land on a snake at 93 and back down to 74. This throw was notification of the changes to our WA border pass resulting in the requirement for us to have a Covid test and isolate until receiving a negative test

Step 18: Throw 10 and land on a snake at 98 and back down to 78. This was our period of self-isolation in Kununurra

Step 19: Throw 2 and land on a ladder at 80 and up to 100. YES, we won! Our Covid tests were negative so we crammed in some tourist activity around Kununurra this afternoon.

I thought it would also be interesting to roughly map our journey to give the game some context. The red line is our actual route and the blue line is the route we had planned to take before all the Covid Chaos. 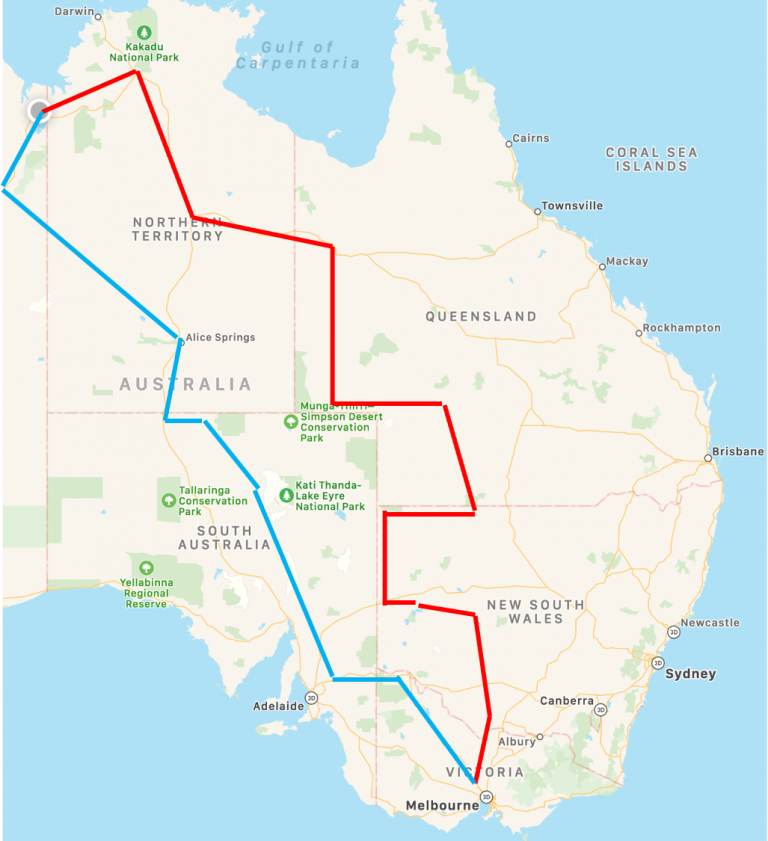 That’s all for now, I will post again in 14 days (no internet) if not before.